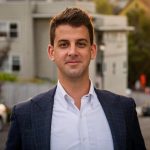 Alexi Robichaux, co-founder and CEO of BetterUp, discussed the critical need for meaningful work among employees and how leaders can create that.

“Today I’m going to talk about trends and emphases that our workers care about in the workplace,” stated Robichaux at the outset of his thought leadership presentation at the 2018 CHRO Leadership Forum held in San Francisco on November 7. “In the last six months, the search volume on Google for ‘meaningful work’ has more than doubled. People are searching for this in their lives. We’ve spent over a trillion dollars on leadership and development (L&D) in the past decade, and we see a diminishing return on that investment when viewed through a lens of productivity. Keep in mind that this is the same decade that saw the rise of cloud computing, the iPhone, ubiquitous and meaningful online training, and almost every piece of technology we hold dear to our hearts today. These were brought to market in a purposeful way and leveraged by L&D teams with the promise of greater engagement, greater productivity, and greater worker satisfaction,” he pointed out.

“People aren’t just looking for meaning. They’re also not increasingly their productivity in differentiated ways. They’re hurting more than ever. In this same decade, there’s been an increase in anxiety, stress, depression, and loneliness. In addition, engagement hasn’t increased, no matter what cut of the data you look at. If you look at subjective wellbeing, it’s not a promising picture. The only promising thing we’re seeing is the increase in search volume for meaningful work,” said Robichaux.

“We set about to understand what’s going on with meaning and purpose in the workplace. We did a first-of-its-kind, global study of over 2300 professionals—from hourly workers to executives—across different industries and job types to try to understand what the connection is, if any, between meaningful work and measurable, empirical business outcomes. I’m going to share with you those findings,” he said.

“We found engagement to be 51% higher, intent to leave was 41% lower, and performance was 33% higher in people who found their work to be more meaningful. Most professionals rated their job as half (49%) as meaningful as it could be. Surprisingly, people stated they were willing to give an average of 23% of their future life’s earnings for meaningful work today, and this wasn’t modulated by income bracket,” Robichaux noted.

“What actually drives meaning? The biggest factor in employees perceiving their work as meaningful is developing the inner self. It’s not professional development. People prioritize personal growth over professional growth. People want to learn skills that help them check in with themselves and develop social/emotional skills to build stronger relationship to create meaning in the workplace.”

Robichaux’s team scanned the literature to identify the mindset skills and behaviors that can be influenced by a coach or employer. They came up with a set of 24 malleable psychological resources that can be developed. These fall roughly into two domains—thriving as a person and, building on that, inspiring others. “We need to align our conversations and investment strategies with these two factors to increase the likelihood of generating meaning in the workplace,” he advised.

“For leaders, the most important driver in creating meaningful work is communicating to your employees that you share their value that work should be meaningful. Just communicating that you care that they have a meaningful work experience will create more meaning than almost any other single driver you have. Of course, you have to back this with action. This is one of the greatest gifts you give as a leader.”

In conclusion, Robichaux posited an example of an organization with 10,000 employees and what the result would be if all its employees felt their work was meaningful—an $82-million gain in productivity, a $6.2-million reduction in turnover cost, and 20,000 fewer days of absenteeism.